Talk: Shipping Metrics from the Edge 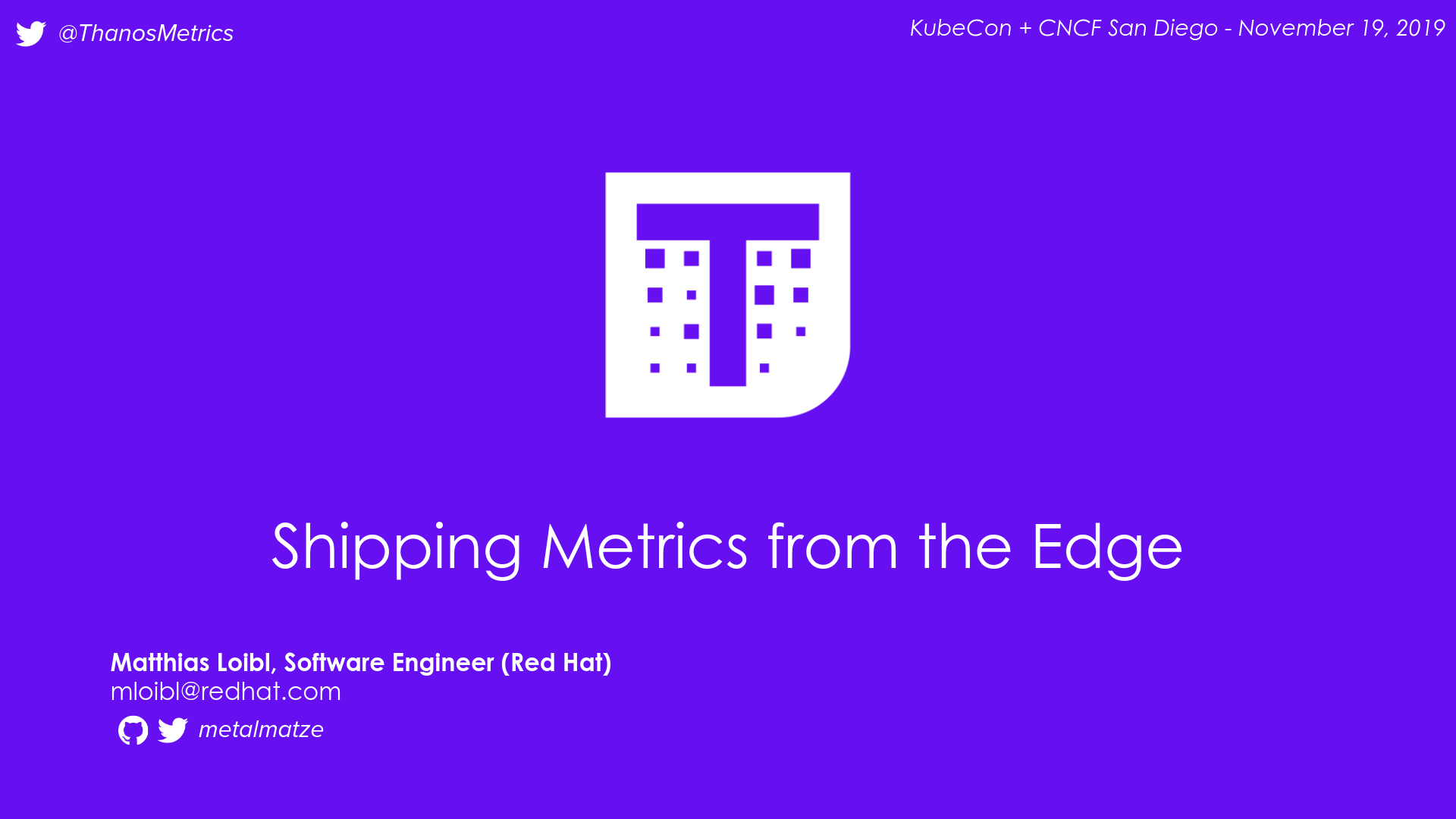 In November 2019 KubeCon North America took place at San Diego’s Convention Center.
I attended the conference and gave this talk on Wednesday.

The source code and configuration used to deploy both the kube-prometheus stack to a Raspberry Pi 4 as well as the Kubernetes deployments can be found in my talk repository.

Most of the work was porting the individual components of kube-prometheus to ARM that didn’t yet support multi-arch containers, unlike Prometheus for example.
I hope to contribute the changes I made to the upstream projects so deploying a monitoring stack on a Raspberry Pi with something like k3s works out of the box in the future.

Here’s the abstract for this talk:

Computing is getting pushed to the edge, it may be your car, TV, washing machine, or your toaster. All these devices have a lot of computing power these days. While extending the cloud to the edge is getting solved with projects like KubeEdge or k3s, in this talk we want to take a closer look at how to run Prometheus on them. We want to configure Prometheus in a way that we can replicate its data to a central collecting point, that is running Thanos on Kubernetes in a replicated setup, and then make use of all the shipped metrics to efficiently query across the entire fleet.

You can find my Slides over at Speakerdeck.